Tons of Joy at the QbD Weekend 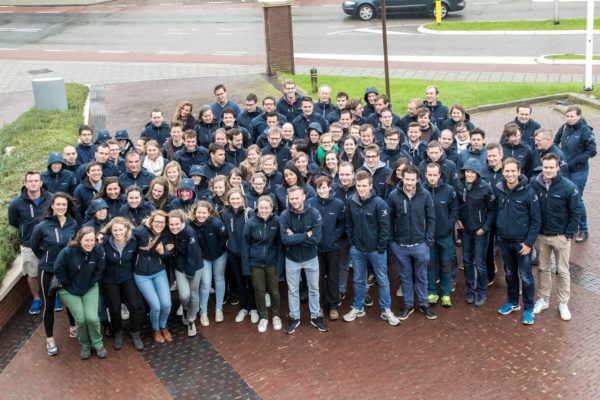 On 6 and 7 October, the entire QbD team crossed the border for an exciting team weekend in Noordwijk-Aan-Zee, the Netherlands. After a solid road trip of about two hours (with an occasional Carpool Karaoke!), we gathered at the hotel for the kick-off event. In front of an eager audience, Bart shared his vision of six years of QbD.

The four new core values of QbD were also presented by Elly, Martijn, Wim en Michiel. “Joy”, “The extra mile”, “Getting things done” and “Partnership” were always embedded in QbD’s DNA, but from now on, they’re also symbols for our collegial cooperation. During the entire day, these four values were given the lead role in a unique photo competition. Whoever could take the best picture based on one of these values, was awarded with a rich collection of chocolates. This proved to be more than enough motivation for some terrific photos.

Partnerships that make the sun shine

Due to the bad weather, we couldn’t organise our highly anticipated outdoor hexathlon. Fortunately, we had the perfect backup: our own improvised hexathlon with some old Dutch games. Our QbD heroes got to know each other during some fun activities, like ‘3D Connect Four’ or a tangram showdown. Of course, there was plenty of time for chitchat and laughter in between games! It might have been raining outside: in our hotel, the sun was shining!

Getting things done … on the water

After lunch, we took off for a sporty afternoon activity. It may be a Hong Kong tradition, Noordwijk-Aan-Zee also turned out to be an ideal location for a dragon boat race. Despite the cosy atmosphere in the vessels, there was still a collegial rivalry between teams. During two races, the strength and ‘partnership’ of our QbD heroes was put to the test. Motivation was sky high, so photo finishes were certainly no exception. Even after this effort, we helped to put away the boats with a smile on our face. “Getting things done”: leave it up to QbD!

Afterwards, our QbD heroes got some free time to spend in the hotel. We filled this gap in a variety of ways. A lot of people chose to swim a lap in the pool. With so many ‘bon vivants’ in such a small pool, you could hardly see the water ! 😉 Others found their haven of peace in the spa, or quenched their thirst at the bar.

Going the extra mile … until dawn

In the early evening, we went to beach bar Bries for a ‘walking dinner BBQ’. After a quick Aperol Spritz, the buffet commenced. With fish, meat and a vegetarian menu, there was something for everyone’s taste. At the end, we announced the winners of our photo competition. They visualized our four new core values in the most picture perfect way. Congratulations!

To end this great day, we partied like there was no tomorrow. We showed our best moves on the dance floor, and the entire team enjoyed itself until dawn. As a matter of fact, that statement can be taken quite literally, because some of us even stayed until closing time! Talk about “Going the extra mile”! 😉 We had an amazing time, and we hope the same goes for you . See you next time!