The location for the amazing party was the most northern village of Belgium: Meerle. We stayed on the Den Rooy estate, a beautiful nature park with 60 hectares of woods and a lake. In the middle of the park, hidden between the trees, is a stylish 19th-century country house. Staying in the country house is a unique experience, they say… But that’s not what we did. Instead of staying there, we lodged in a yurt – a round tent with single beds and a stove. This gave glamping a whole other dimension. The Friday team started and ended the evening in the open bar. Cheers! 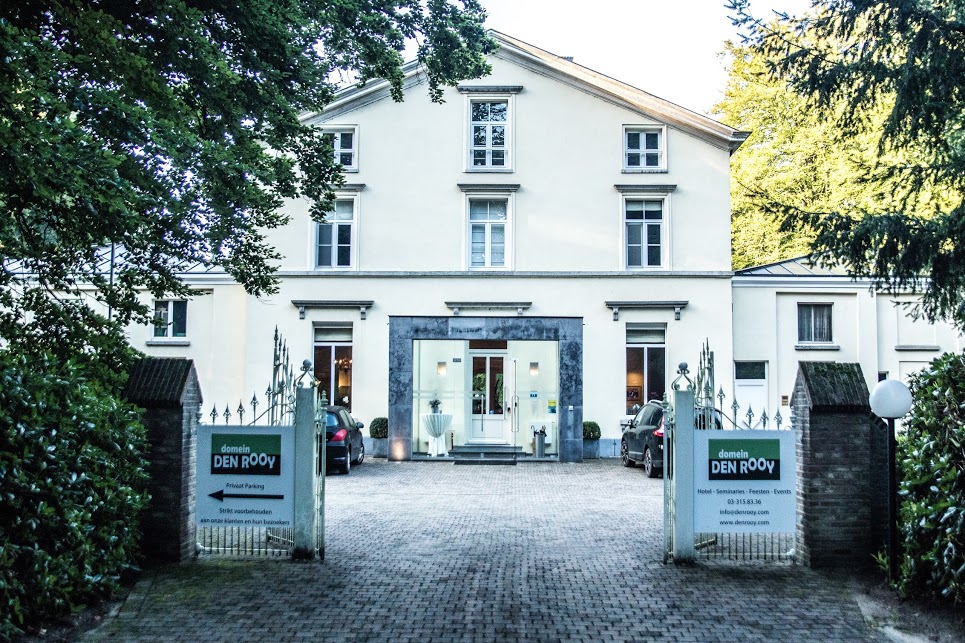 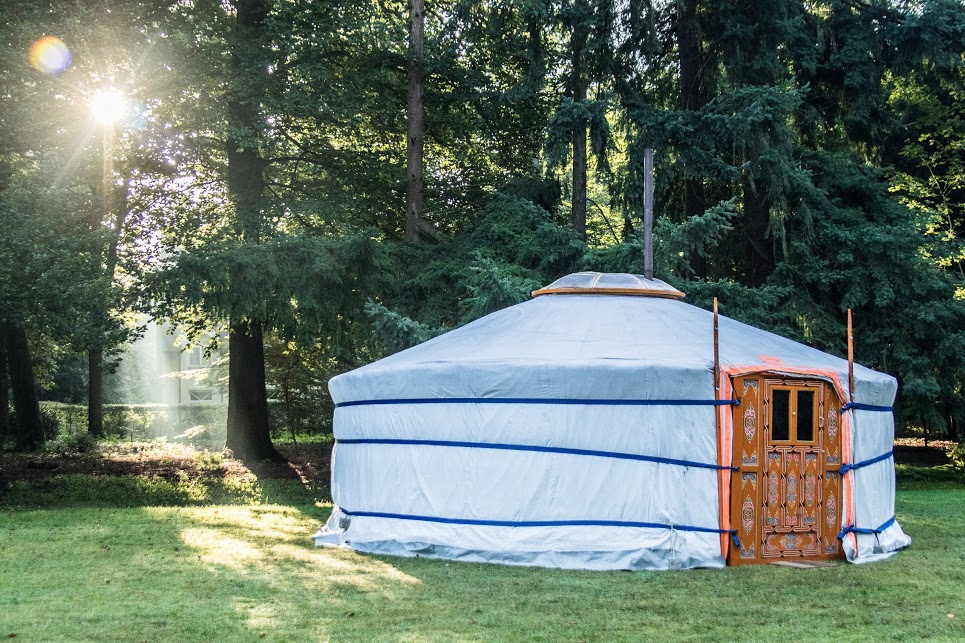 Things really got started on Saturday morning. The other QbD people joined the group, and the starting shot was fired. An energizer/challenger tried, in a fascinating way, to get us to look differently at our jobs as consultants. He inspired us to be more a participant in life than a spectator. That control and crisis are of yesterday, opportunity is of the moment and participation and success are of tomorrow! After these wise words, we left the pep talk behind us and went forth. We raced around the Dutch-Belgian plains, on a 50-year-old Solex, on our way to an afternoon full of activities: We mastered sumo wrestling, live football, blind volleyball and pitchfork throwing. We ended the fun games afternoon with a nostalgic ride in a typical American yellow school bus, to the De Rooy estate. After quickly freshening up, we were ready for the evening. We chatted together about the day while drinking aperitifs on the patio, while the sun went down. The barman ensured that everyone had something they liked. The freshly made gin-and-tonics were particularly popular. After this it was time to enjoy a tasty barbecue, followed by a delicious dessert buffet. 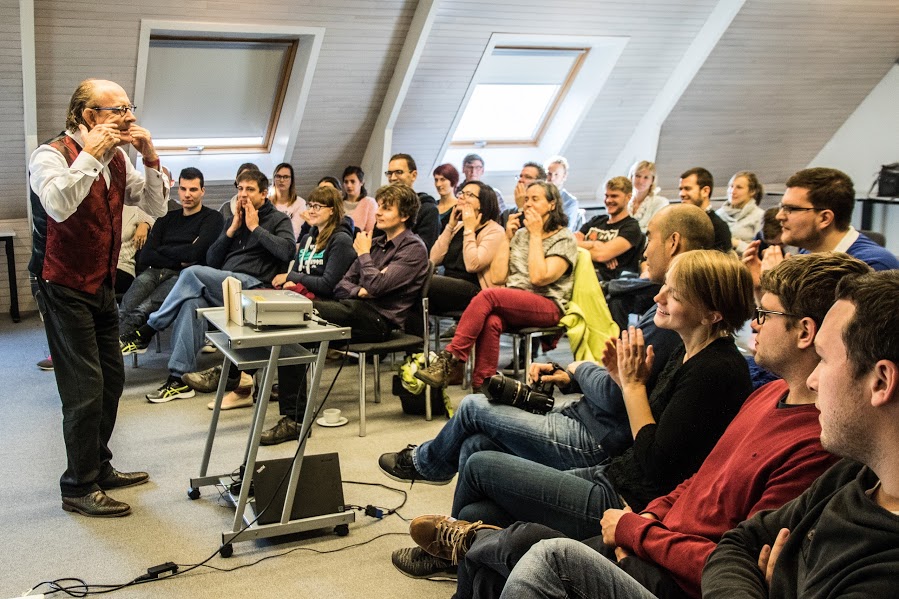 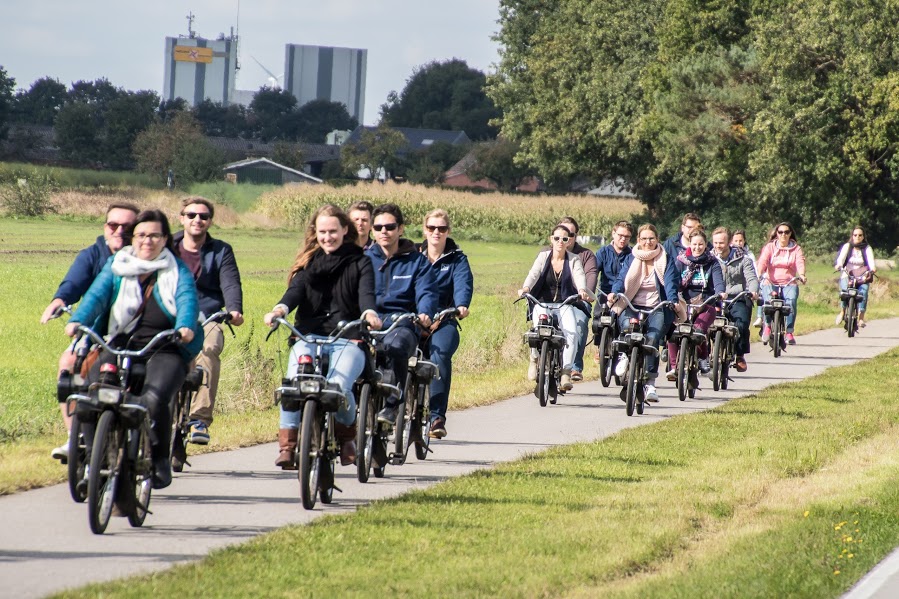 It would not be a QBD weekend without a memorable night out. We all went into Hoogstraten, to a local dance cafe, which for one night was taken over by a noisy-but-fun gang. The first people hit the dancefloor soon after this, and the party had well and truly started. The famous local Hoogstraten strawberries went into a great many delicious cocktails, but later on there were also plenty of people drinking water. The men had to watch out for the local women, who were very taken with the male QbD delegation. The party went on until the early hours of the morning. Some of us only got a few hours’ sleep, therefore, because the next day we were expected – ‘fresh’ and early – for a brunch before the last part of the weekend. The buffet was full of Dutch and Belgian treats, such as the famous meat croquette, sausage rolls, vol-au-vents and delicious mini baguettes with cold cuts. In other words, a solid breakfast, which our stomachs were ready for after the night out. Although some of us left it at soup. By the afternoon it was time to say goodbye to one another, unfortunately, and it is fair to say that these greetings were a lot more effusive than the ones exchanged on arrival. In other words, it was clear that this weekend brought us closer together again, and provided us with anecdotes which we will be telling for many years to come.

Thanks, QbD, for this excellent weekend, and I hope there will be many more like it!

[And – what happened in Meerle, stays in Meerle. See you next time.]

Back to news overview