Last Friday evening I joined a selection of QbD-colleagues at the ‘Onder den Toren’ tournament. This is a beach volley tournament for companies, held at a magnificent location: in the shadow of the famous Sint-Rombouts Tower in the city centre of Mechelen (hence the name ‘Onder den Toren’, which is Flemish for ‘Under The Tower’).

After having lost our first three games – which didn’t dampen the spirits at all – the tides turned, and we won our last two games, the last one with a very convincing 42-22 score. QbD-ers are clearly diesel engines, at least on a beach volley court…

But although we gave our absolute best – like QbD always does – the result was not the most important thing that night. What matters most is that our team and supporters had a great evening, with nice weather, good company, some drinks and a lot of laughs. 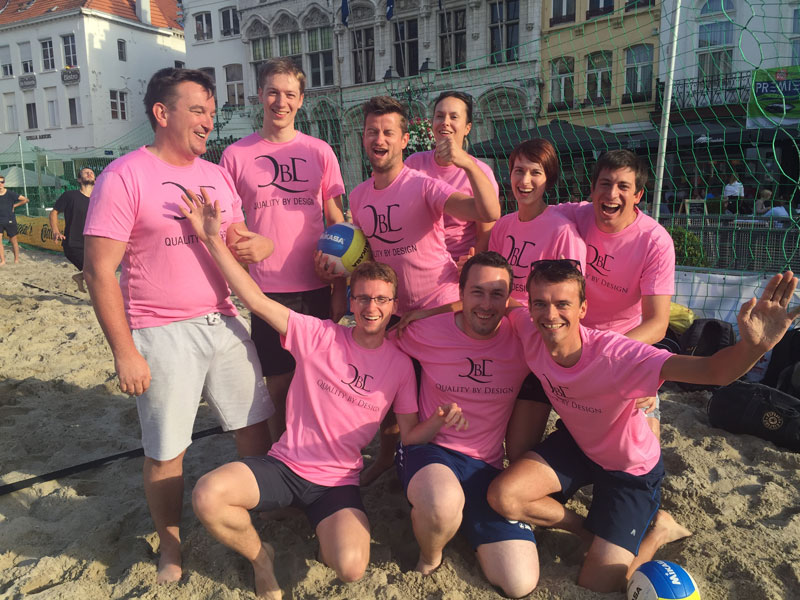 Back to news overview

Find out more about QbD’s services, our milestones, our road to a pioneering role in ATMPs and Medical Devices, and so much more!

Make sure you don’t miss it and sign up now!